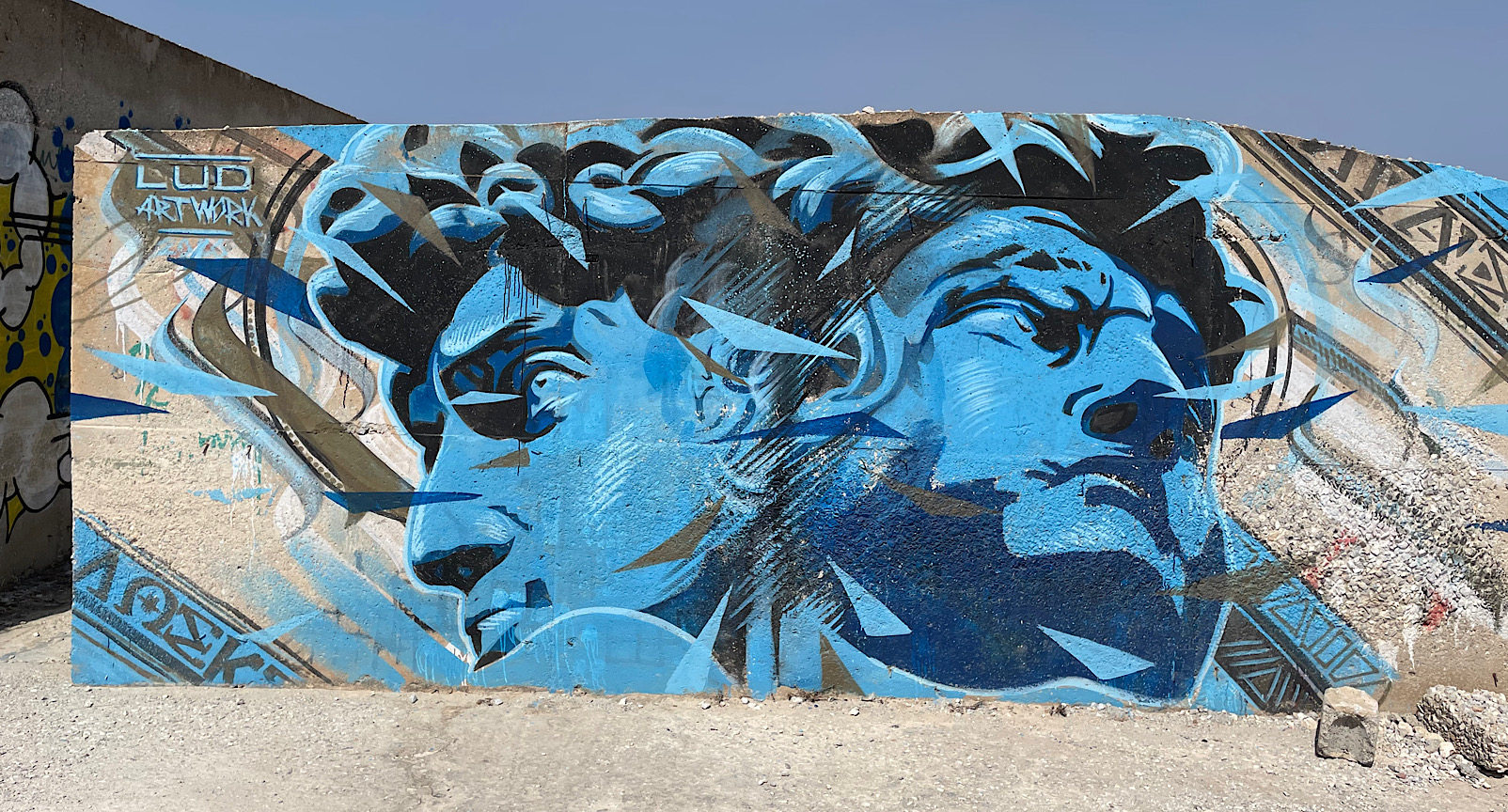 Patents with multiple owners in Germany

Anyone who has ever attended a homeowners’ meeting is familiar with the problems that can arise for multiple owners on a single property. This is basically also true for patents. However, there are also differences between non-rival rights to exclude third parties and common property. Knowledge of the legal situation and of contractual management for efficient joint management of patents (and utility models) is recommended.

I. What is co-ownership ?

1. Co-owner is not the same as co-inventor

A co-inventor is anyone who has made a creative contribution to an invention. The contribution does not necessarily have to be inventive (BGH GRUR 2004, 50 – Verkranzungsverfahren). Co-inventorship is a non-transferable personal right.

A co-owner, on the other hand, is any partial owner of a patent or patent application. A co-owner can also be someone who was not the inventor of the technology to be patented or patented. Co-ownership means the lack of sole ownership. It is above all this characteristic which leads to problems in the case of co-ownership of a patent and which should therefore be regulated.

2. How does co-ownership arise?

Co-ownership can arise upon filing of an application for an intellectual property right, by virtue of being an employer, by contract, or in the event of a vindication situation.

In the Patent Act, § 6 Patent Act regulates that several persons are jointly entitled to a patent if they have jointly made the invention. At the Patent Office, the “applicant fiction” applies, in order not to delay the granting procedure. Accordingly, all applicants – regardless of who is the inventor – are initially considered to be entitled co-owners of the patent application (§ 7 (1) Patent Act).

Co-ownership in the case of non-inventors may arise by contract or based on other obligatory relationship between parties. For the person who has not made a creative contribution to the invention, co-ownership may even be assigned in advance by contract. Also an employer is entitled to an invention of an employee if it is related to the employment relationship. However, the employer must claim it for this purpose in accordance with § 6 ArbErfG.

II. What is the effect of co-ownership ?

The German Patent Act makes no statement on the internal and external relationship between co-owners.

1. Compensation in case of self-interest of another co-owner

The law is not clear on compensation claims for self-interest of another co-owner, e.g. the granting of a (non-exclusive) license or the sale of a product which is within the scope of protection of the patent. Even for actions which in principle can be brought by any co-owner (see above), it is not clear whether the other co-owners are allowed to participate in the profits of an action.

a. Regulations from the German Civil Code

A basic permission for compensation-free self-interest for each co-owner is derived from § 743 (2) of the German Civil Code. The co-owner may use the patent independently of his actual share. Licensing to subcontractors is thus also possible.

However, as long as there is no joint decision and a compensation according to equitable discretion is also not demanded and, in addition, there is no impairment of other co-owners, each co-owner is equally entitled to use the common property without having to comply with compensation claims (BGH NJW-RR 2005, 1200 – Gummieleastische Masse II).

Missing explicit regulations can be bridged on the one hand by the fact that actually existing will of contracting co-owners can also find implied expression. In addition, regulatory gaps can be closed by supplementary interpretation of the contract, although this is subject to high requirements (BGH GRUR 2006, 401 – Zylinderrohr).

2. Legal standing of the co-owner

Ownership of a patent is a prerequisite for litigation. Thus, lack of ownership leads to inadmissibility of the action. Only a person who is entered in the offical register as proprietor is entitled to sue (§ 30 (3) Patent Act). It is questionable whether a co-owner, who does not own the patent alone, may sue if he is entered as co-owner in the patent register.

a. Legal standing to sue

If co-owners of a patent form a fractual community, then each co-owner is also entitled to sue. This follows analogously from § 1011 German Civil Code, which was conceived for tenant-owners. The right of action of each individual co-owner is regarded as an independent right of each inventor (NJW 1993, 727).

Like the individual patentee, the co-owner of a patent may not appeal against her/his patent or file an action for nullity. Appeals by a co-owner in nullity proceedings also have effect for the other co-owners (BGH GRUR 1998, 138 – Staubfilter).

b. Contractually agreed right of action

In addition, it is possible for the co-owners of a patent to regulate the right of action by contractual agreement (§ 745 (1) German Civil Code). However, it has not yet been clarified exactly in which situations these regulations are only effective between the co-owners or also externally due to the fundamental principle of the relativity of debt relationships (i.e. contractual stipulations are only effective between the parties and not to third parties).

The relativity of a debt relationship is regularly broken in patent law. For example, an exclusive licensee acquires an independent right of action by license agreement alone. This is an outward effect. For this reason alone, it may well be that another contractual provision shaping the right of action of one or more co-owners also has an outward effect. As a result, in individual cases even a co-owner entered in the patent register (and thus entitled to sue under § 30 (3) Patent Act) may not be entitled to sue as a result of a contractual provision. In the case of an action, the court must therefore clarify whether a co-owner of the patent in suit who is entered in the register is actually entitled to sue.

c. Lack of standing to sue due to exhaustion

Patent protection for an object (product, device, process) is exhausted when it is put on the market by sale or otherwise with the consent of the patent owner.

A co-owner of a patent may put a product (device, manufactured product) falling within the scope of protection of the patent on the market without requiring permission from another co-owner. This results for fractional communities from § 743 (2) German Civil Code. The compulsion of joint administration according to § 745 (1) German Civil Code does not apply. Because a patent is a non-rivalrous good.

In the case of process patents, the situation is more complicated. If a device has been put on the market, this does not necessarily mean that a patented process is exhausted which is necessary for the operation of the device (BGH GRUR 2001, 723 – Bodenwaschanlage.). However, the situation depends on the individual case. The purpose of the exhaustion right is and remains to prevent a patent owner from collecting twice for an invention. In particular, if the patent claims are unitary according to § 34 (5) Patent Act (i.e. protect a single invention), a secondary process claim should be exhausted with the device claim.

If a process claim is not exhausted the situation is different. This can be e.g. because the process claim is not unified with a device claim. Or the process claim and the device claim are from different patents. The question arises whether the acquirer acquires from the seller, at least impliedly, a license to operate the purchased device upon purchase of the device. This leads to further difficulties, since such a license, in the case of several co-owners, would also have to be granted jointly, pursuant to § 744 (1) German Civil Code. Further difficulties arise if the first purchaser sells the device with an (implied) license for a process. Does the license then also extend to the new buyer? And can a co-owner of the patent possibly sue the new buyer?

3. Power of sale of the co-owner

Thus, for example, a co-owner can sell his share to a competitor of another co-owner. Conflicting agreements between the co-owners could alone give rise to claims for damages. They do not change the validity of the transfer.

Co-owners of patents regularly face a difficult situation if they want to use their patent independently of community decisions. There are only few clear legal regulations. The regulation of co-ownership is therefore a prerequisite for license agreements and the hard core of every R&D contract.

We recommend that co-ownership be regulated by contract as early as possible, preferably before the invention is produced. In particular, the contracting parties should address their future needs as individual co-owners. Not everything should be left to joint decisions. Then the co-ownership can be regulated such that it does not create additional hurdles for the use of the patent.