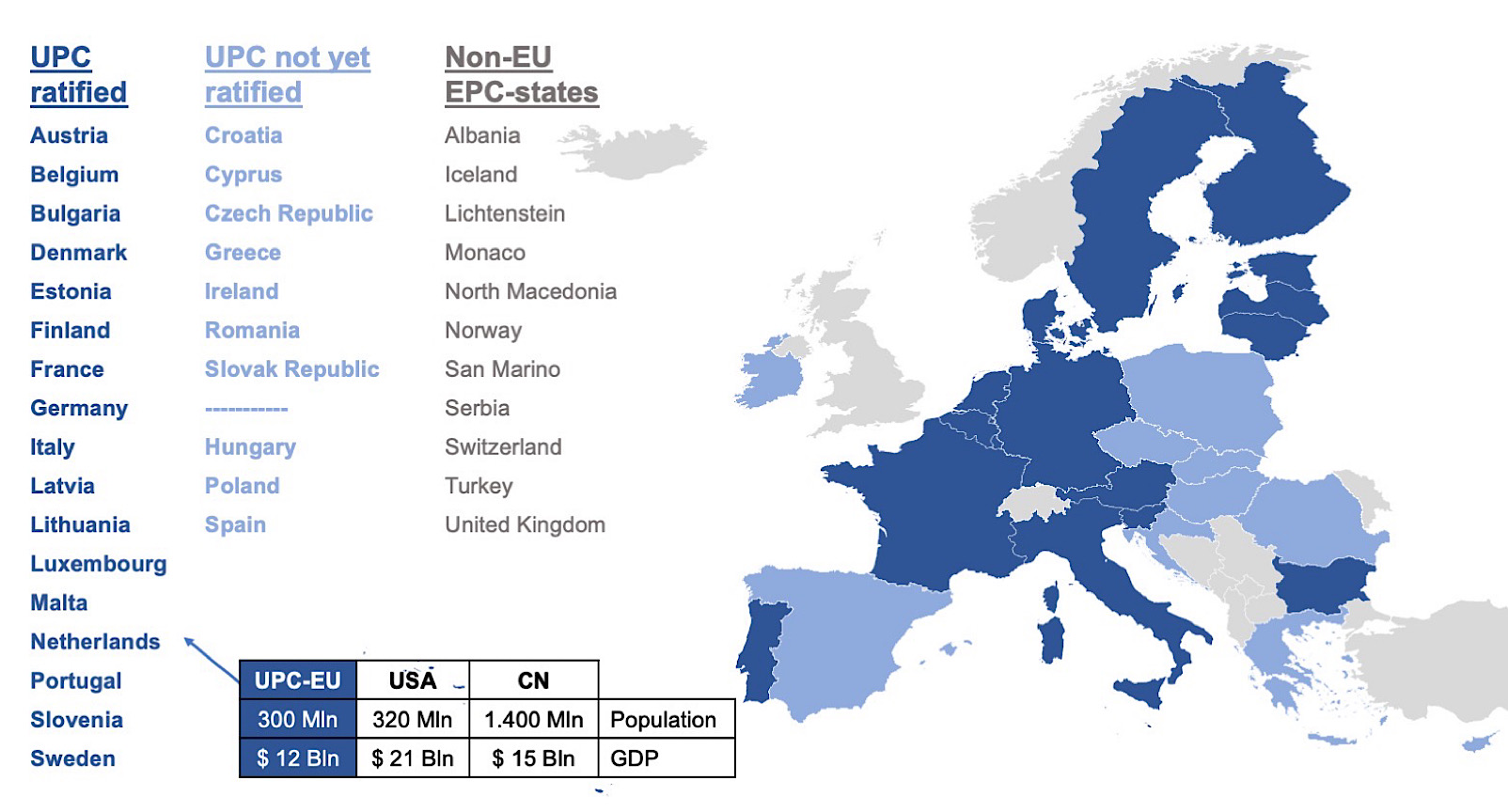 The Administrative Committee has designated 34 legally and 51 technically qualified persons (including 27 persons from Germany) as judges.

Among the designated judges are well-known persons, such as Klaus Grabinski from the Federal Court of Justice, Matthias Zigann from the Higher Regional Court Munich, Ulrike Voß from the Regional Court Düsseldorf.

Expected Start of the UPC

January 18, 2022: Ratification of the Protocol on Provisional Application by Austria as the 13th EU Member State.

January 2023: Start of the 3-month sunrise period to opt out of existing bundle patents

April 2023: Start of the Unified Court and official availability of the Unitary Patent

End of 2029: End of the phase of parallel availability of the bundle patent and unitary patent for the participating EU member states

EU states that have already ratified

Greece, Ireland, Croatia, Romania, Czech Republic, Slovak Republic and Cyprus have already signed the UPC Agreement, but have not yet ratified it.

Poland, Spain and Hungary have initially expressed no interest in the UPC and the unitary patent, but may still ratify the UPC Agreement later.