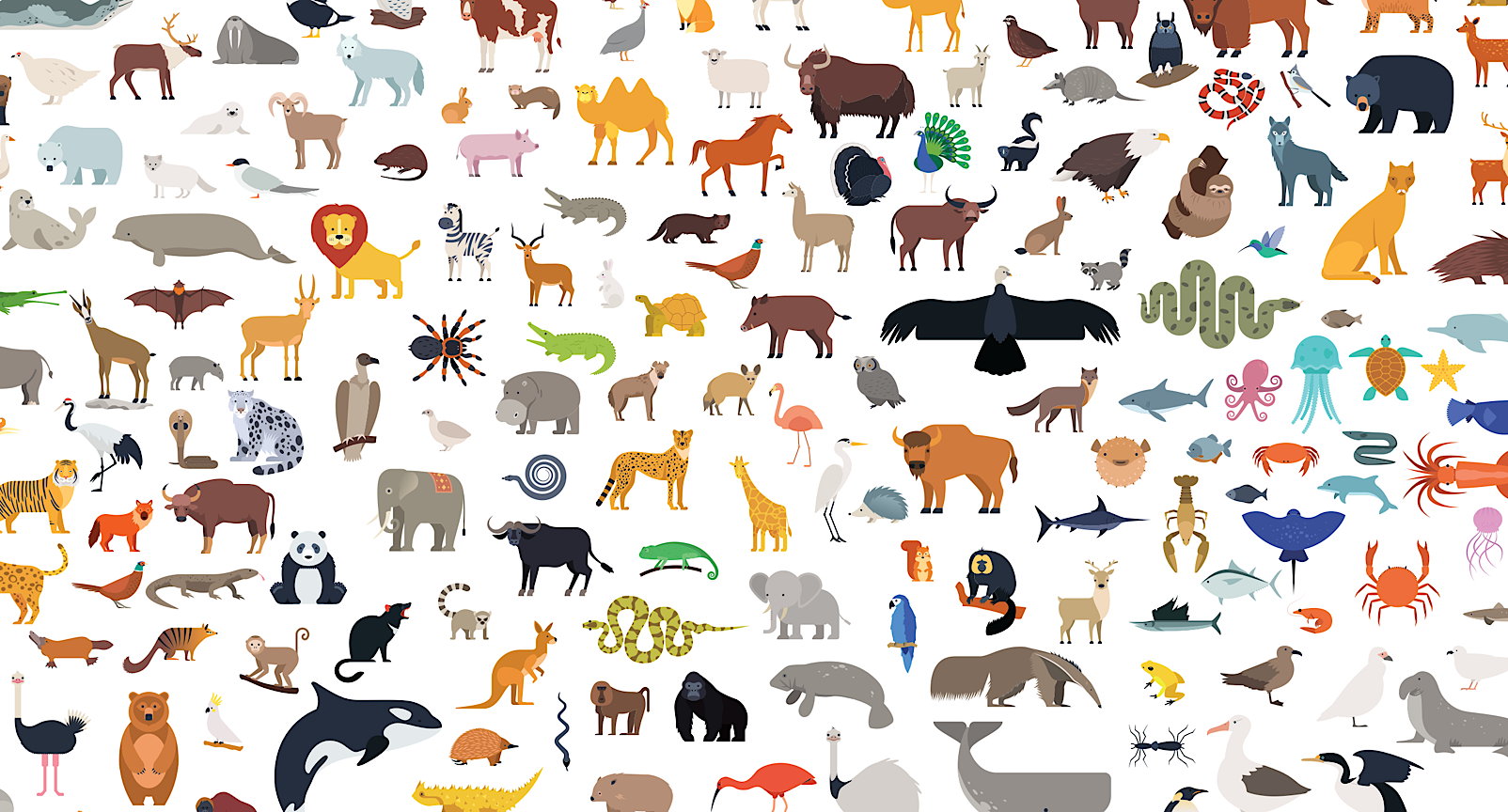 The Preparation of Registers of Goods and Services

French philosopher Michel Foucault quotes in his book “The Order of Things” writer Jorge Luis Borges with the following categorization of animals belonging to an emperor:

„a) animals belonging to the emperor,
b) embalmed animals,
c) tamed,
d) milk pigs,
e) sirens,
f) mythical animals,
g) ownerless dogs,
h) belonging to this grouping,
i) those that behave like fools,
k) which are drawn with a very fine brush of camel’s hair,
l) and so on,
m) who have broken the water jug,
n) which from a distance look like flies.“

This enumeration sounding absurd to many, humorously reveals typical problem areas in the categorization of information, and thus also in the preparation of registers of goods and services: How abstractly or concretely should goods and services be categorized so that they are effectively and completely protected? Which categories are just acceptable and which are not? What hierarchies are appropriate? Or what unconscious assumptions underlie chosen categorizations? In general: What linguistic and content-related problems are hidden behind the creation of lists of goods and services?

In the following, legal general conditions for German, European and international trademarks are described as well as development trends for the standardization of the preparation of register of goods and services, especially with regard to the decision “IP Translator” by the European Court of Justice (ECJ). This results in some important consequences for practice.

The Nice Classification is (meanwhile) based on the fundamental idea of completeness. It provides for the division of all conceivable goods and services into 45 classes (34 classes of goods and 11 classes of services) and is updated annually. There should be no goods and services that are not embraced by at least one class. Catch-all classes are not foreseen. For goods and services not included in the alphabetical list, class membership must be determined by interpretation.

Based on the principle of completeness, a good or service may relate to the Nice Classification generally as follows:

4. It may be included in a class but neither included in any of the class general terms nor mentioned in the Alphabetical List. For example, this is the case for “retail services in the field of footwear” in Class 15.

These cases are sometimes treated differently in individual jurisdictions.

The legislator had allowed such an extension (and thus a violation of a basic principle of trademark law) once as a consequence of the IP-Translator decision in order to standardize different categorization methods that had arisen until then. Until June 22, 2012, EU trademarks were sometimes registered solely for one or more class headings (i.e., for all corresponding generic terms) of the Nice Classification – without any further concretization. Until September 24, 2016, the owners of these trademarks were allowed to declare that they also wanted to include goods and services which deviated from the literal meaning of a heading of the concerned class, but which they had originally intended to include (A. 33 Sec. 8 UMV). This subsequent possibility of addition shows how important clarity and unambiguity of the originally submitted registers of goods and services is to the legislator in the meantime.

Nevertheless: Even after the harmonization by the IP-Translator decision, there is a considerable gray area between what is clearly covered by the generic terms or – more generally – category terms in a register of goods and services and what is clearly not covered or cannot be covered by it (BeckOK MarkenR/v. Bomhard/Rohlfing-Dijoux UMV 2017 Art. 33 Rn. 9-12).

In principle, however, the following applies: The scope of protection of a trademark is defined by the register originally filed. This cannot be extended later (BeckOK MarkenR/v. Bomhard/Rohlfing-Dijoux UMV 2017 Art. 33 Rn. 3-6). If further goods and services are intended, the trademark must be filed again.

The classification is not only used to determine the fees. It is also used for an interpretation of the goods categorized under it. For example, if an applicant claims tea in class 5 (pharmaceutical products and other products for medical purposes), it may thereby be limited to medical teas (ECJ T-221/12, BeckRS 2014, 81672 Rn. 35).

However, for a risk of confusion the Nice Classification of the EU trademark has (still) no meaning. Goods or services are not considered similar because they are categorized in the same class.

In German office practice, even before the “IP Translator” decision, a complete and classified register of goods and services was already required for the registration of a trademark (Para. 19 MarkenV). In order to obtain a filing date, it is sufficient to enumerate the desired goods and services informally or to indicate individual Nice Classes, thus initially claiming all goods and services falling thereunder. These indications must then be substantiated in the further chartering process (Ströbele / Hacker / Thiering, Markengesetz, 12th edition 2018, Para. 32 MarkenG, marginal no. 55).

If the register of goods and services is partially unclear, a filing date is assigned only for the clear part (Ströbele / Hacker / Thiering, Markengesetz, 12th edition 2018, Para. 32 MarkenG, marginal no. 56). If only the class headings are listed, these are to be interpreted according to their literal sense. This approach is meanwhile official practice in all EU states and also applies to EU trademarks (Joint Notice on the Use of “IP Translator” of September 24, 2016, Table 4 (CTM), Table 5 (national trademarks)). In this respect, the systematic classification of the EU trademark has become similar to the national German trademark (Ströbele/Hacker/Thiering, Markengesetz, 12th edition 2018, Para. 32 MarkenG, marginal no. 98).

In general, once the application has been accorded a filing date, an amendment of the register of goods and services can only be considered by way of a restriction.

Thus, the DPMA also has requirements for a list of goods and services that go beyond the Nice Classification in order to increase its clarity and definiteness. In addition, the DPMA is working at EU level within the TMclass project for a harmonization clear and unambiguous terms for goods and services throughout Europe.

The ECJ allowed in its “IP Translator” decision the use of the generic terms of the Nice Classification if they are clear and unambiguous. However, whether a class term meets these requirements in an individual case and which goods and services can be clearly and unambiguously categorized under a particular class term has since been assessed differently by different offices.

The “Harmonized Classification Database” which has since been developed by EUIPO and the national offices, attempts to solve this problem. The harmonized classification database contains a large number of generic terms considered to be clear and unambiguous, as well as associated goods and services, which are accepted by all EU member states. These are assigned to a hierarchical generic term structure via the “TMclass taxonomy”. Through the taxonomy, the more than 70,000 goods and services terms of the harmonized classification database, which also includes all goods and services terms of the Alphabetical List of the Nice Classification, are structured in a meaningful way (FAQ TMclass).

The unclear generic terms of the Nice Classification (“machinery” in cl. 7, “repairing“; “installation work” in cl. 37, “material processing” in cl. 40 and “personal and social services provided by third parties concerning individual needs” in cl. 45), which have been identified together with the national EU trademark offices, are not selectable in the database but are supplemented with selectable terms for goods and services which are considered to be clear. A “harmonized list of rejected terms” provides further clarity.

In addition to the harmonized offices of the EU states, the central authorities of a multitude of other jurisdictions also provide information for TMclass, e.g., China, India, Japan, Korea, USA and WIPO.

Nevertheless, a register of goods and services created solely with terms from TMclass is usually accepted more quickly, especially by the harmonized offices, and also benefits from the extensive translations of the database.

Also an application for international registration of a (German) basic trademark must be accompanied by a Nice Classified register of goods and services (Para. 120 Sec. 3 Trademark Law for PMMA and Para. 108 Sec. 3 for MMA – but since all MMA countries are included in the PMMA and the PMMA takes precedence over the MMA, only Para. 120 Sec. 3 thus applies), preferably using the Alphabetical List (R. 9 Sec. 4 lit. a sublit. xiii GAusfO).

If only one of several classes being suitable is indicated, this is considered as a limitation to that class by the International Bureau. However, national authorities are not bound by this for the subsequent assessment of the scope of protection (Art. 4 Sec. 1 lit. b PMMA).

In the U.S., the list of goods and services must also be based on the Nice Classification. Furthermore, the USPTO requires a description of each individual good and service for which trademark protection is desired. Guidance on this is provided in the USPTO’s “Acceptable Identification of Goods and Services Manual”.

In China, the Nice Classification is also used. However, the Nice classes there are divided into further subclasses, which further diversifies the scope of protection (https://www.china-iprhelpdesk.eu/sites/all/docs/publications/EN_TM_2016.pdf).

VI. Conclusion and advice for practice

The difficulties and differences in preparing registers of goods and services are clear and will continue to cause problems in the future.

For the effective implementation of standardization efforts, which were initiated in particular by the “IP Translator” decision, even basic principles of trademark law had to be undermined by law. The harmonized classification database and the TMclass taxonomy that were subsequently created have led to an improved common orientation. However, problematic are the long and redundant registers of goods and services created by TMclass, which are more concrete, but equally unclear if – according to a German saying – the wood cannot be seen from the trees.

In addition, there are two basic problems with all standardization efforts for goods and services terms. New goods and services must first undergo a process of understanding in terms of concepts and content before they can be unumbigiously classified. And seemingly established terms may require redefinition as a result of economic and technical developments. This results in a continuing space for different interpretations and divergent decisions.

In this context, the ECJ is currently hearing the case of Sky vs. Skykick (ECJ C-371/18) on the clarity and definiteness of the term “computer software”. Based on questions referred by the UK High Court of Justice, it is to be determined whether the term “computer software” meets the above criteria of the “IP Translator” decision. In his opinion, the Advocate General considers the term to be clear, but not specific enough. This is because computer software now includes goods and services that are too different in terms of functions and areas of application. Thus, a further demise of a term of the Nice Classification is to be expected.