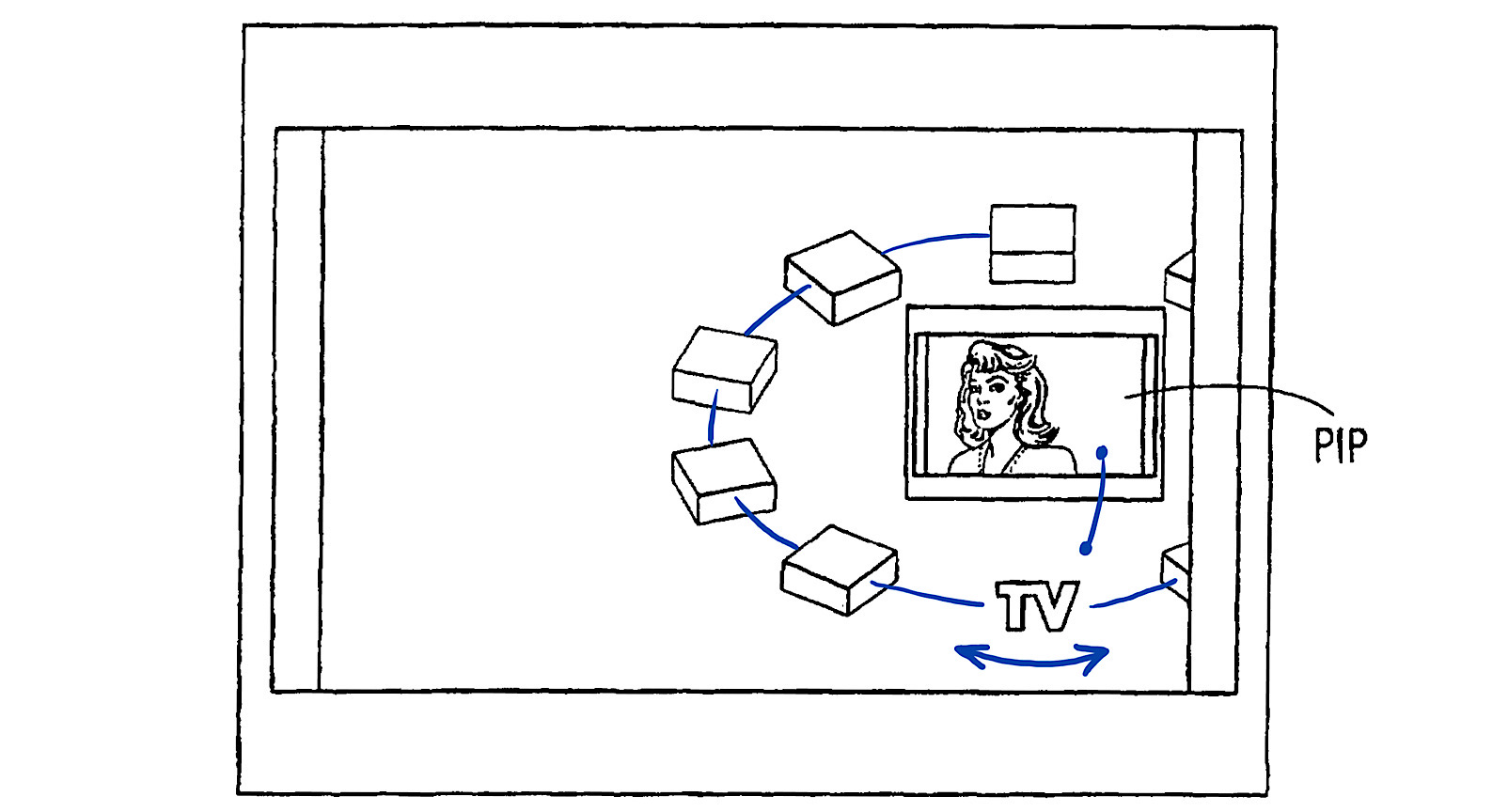 The decision “Rotating Menu” of the German Federal Court of Justice (FCJ), Jan. 14, 2020, X ZR 144/17, on the subject of graphical user interfaces concretizes what the skilled person reads as disclosed and which features must be disregarded in the analysis of inventive step due to patentability exclusions.

I. Patent and independent claim

The European patent at issue, EP 888 687, protected a TV menu for selecting various menu items arranged along a curved path. The path is only incompletely shown on a screen and is thought to continue outside the screen. Fig. 2 illustrates one implementation form: 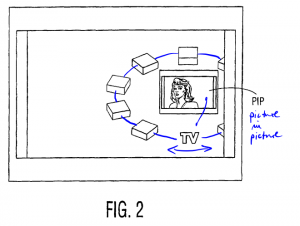 The main claim, as articulated and translated by the FCJ, read:

From the prior art, the nullity plaintiff cited European patent application EP 0 626 635, which discloses a graphical user interface with only a partially displayed object wheel for selecting various menu fields: 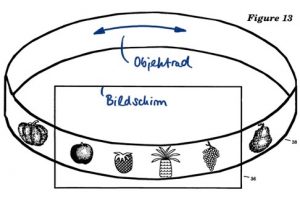 Indisputably, features 1, 1.1, 3.2, 3.3, 3.3.1 were thereby anticipated in a manner detrimental to novelty. And a controller (feature 2) for controlling a rotating menu (feature 3.1) was also clearly and directly disclosed for the FCJ.

The state of the art regarding feature 3.3.2 was in dispute.

However, the FCJ clearly and directly took from the citation that the menu displayed by means of an object wheel can be extended by any number of menu items. This is surprising, since – as the FCJ itself admits – this feature is not explicitly mentioned in the citation. Nevertheless, it saw this feature in the technical information disclosed there so clearly that it would be read by a person skilled in the art.

On this basis, the FCJ furthermore considered the waiver of a format change when adding menu items, which is additionally defined in feature 3.3.2, to be obvious. How this expansion of the above menu to the up to 500 menu items mentioned in the citation was to succeed without a format change was not explained in the reasons for the ruling. Nevertheless, this reasoning is not completely incomprehensible to the author, especially when only a few menu items are added.

III. Concretizing features for inventive step not to be considered

In its auxiliary request, the patentee additionally claimed the features:

However, the FCJ did not see these features as contributing to the solution of a technical problem by technical means. This is because rendering the menu in a certain perspective (feature 4.1) and thereby changing the graphic design of a menu item (feature 4.2) would only affect the graphic representation of the information provided. However, this alone would achieve increased user-friendliness without any further technical considerations.

The FCJ thus confirms its previous decisions on the patentability of graphical user interfaces. Features of a GUI without technical contribution are to be disregarded in the analysis for inventive step (GRUR 2011, 125 – Wiedergabe topographischer Information). If graphical elements serve the sole purpose of presenting information in a more comprehensible and accessible manner, without taking into account physical features of human perception of information, they remain without technical purpose and thus meaningless for inventive step (GRUR 2015, 660 – Bildstrom; GRUR 2015, Entsperrbild).

Furthermore, the FCJ provides an example of what the person skilled in the art can read along with the menu item extension, which is considered to be disclosed. This legal figure became known above all through the decisions “Olanzapin” (GRUR 2009, 382) and “Proteintrennung” (GRUR 2014, 758) on the inclusion of the self-evident in a disclosure. Such co-reading – at least as the author understands the current case law – does not solely include one or the other technical term not explicitly mentioned or an unmentioned but standard procedural step. Rather, entire implementation forms can also be read along, provided that these impose themselves on a trained reader when studying a disclosure.

“The instruction to select a display mode for a selection menu on a screen that merely serves the purpose of presenting the displayed menu items and the circumstance that further items may be available in a particularly vivid manner does not concern a technical solution and is therefore not to be taken into account in the examination for inventive step. (Confirmation of BGH, judgment of February 26, 2015 – X ZR 37/13, GRUR 2015, 660 – Bildstrom; judgment of August 25, 2015 – X ZR 110/13, GRUR 2015, 1184 Entsperrbild).”